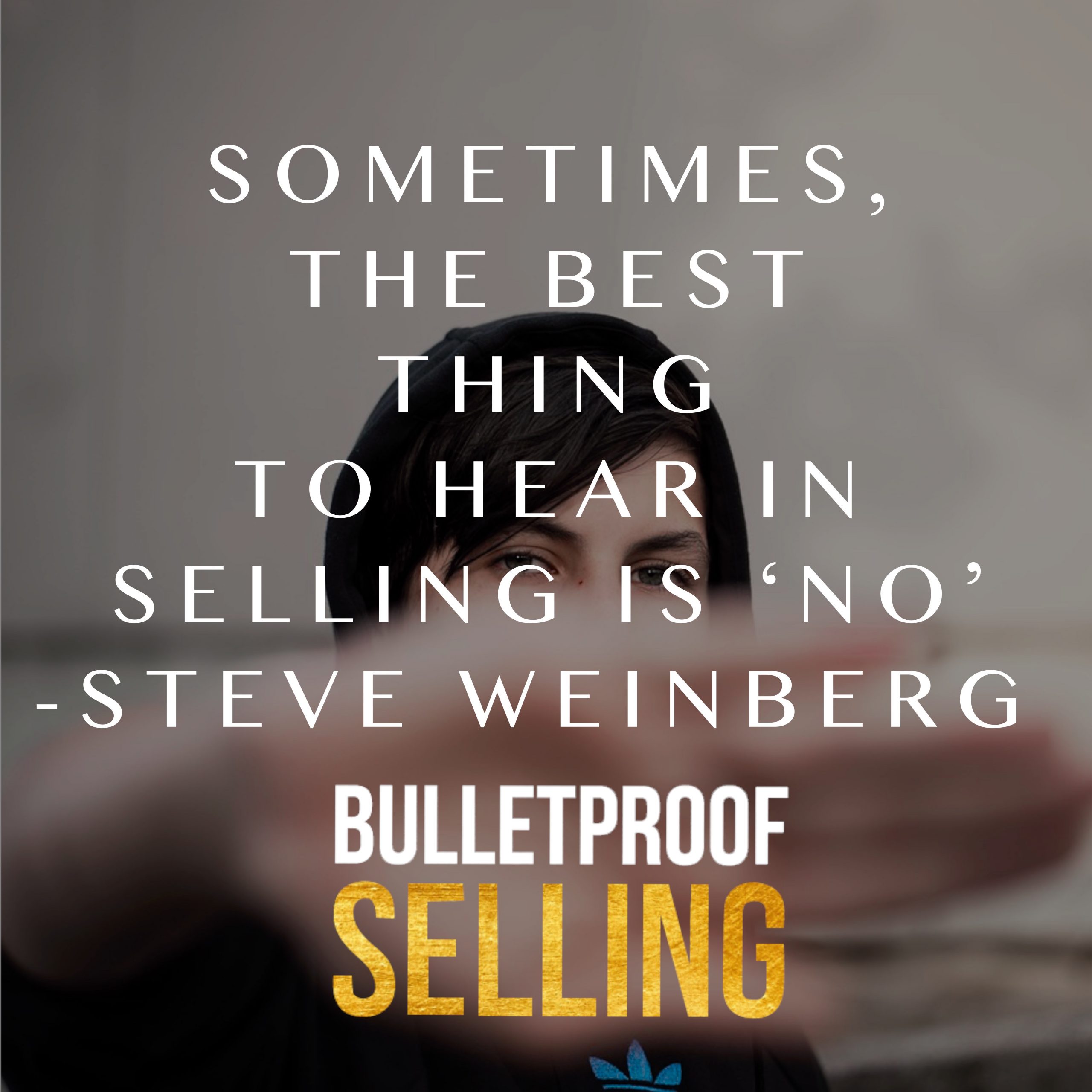 Lose The Sale To Save It 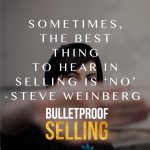 Salespeople spend a lot of time working towards a prospect saying ‘yes’ to the sale. However, the top sales performers in any industry use a different strategy:

They’re always looking for reasons to say ‘no’ to a prospect, and to hear ‘no’ as well.

Why would a salesperson purposely elicit the word ‘no’ in a sales conversation?

Saying ‘no’ to a prospect and hearing ‘no’ allows us to see where we need to improve in how we sell, but it can be scary to disqualify ourselves and our prospects after investing hours in a deal.

To learn how the best salespeople get to ‘no’ sooner, and what they do with what they learn, we sat down with Steve Weinberg, a sales author and trainer with a career of closing large deals under his belt. He showed us how he encouraged the sales teams he trains and managed how to get to ‘no’ sooner, so they could close deals faster.

Since we’re trimming hope from our sales strategy, we’ll use the acronym TRIM to guide us through creating a system with a trigger, ensuring it’s repeatable, building in ways to improve it, and of course, ensuring it’s measurable and getting us results.

T – Trigger: To get to ‘no’ faster in the sale, Steve recommends ensuring your prospects meet your prospect profile before conducting outreach. Hearing ‘no’ from someone who doesn’t have a need for what you sell won’t help you improve in how you sell in the future.

Only when you know your prospects meet a minimum list of requirements should you invest time in outreach at all, let alone attempt getting to ‘no’ faster with your prospects.

R – Repeatable: Steve says that making a sales process shorter by disqualifying prospect faster starts with saying ‘no’ once you learn that the person or company you’re reaching out to isn’t ideal. For a variety of reasons, they may not make sense to sell to because they don’t need what you sell, aren’t in an industry you work well with, or don’t have budget.

Next, get prospects to sell you on why you should continue speaking with them. Once you’ve confirmed this person does meet the criteria you have for a good prospect, this may sound like, ‘Is this a conversation worth continuing?’ or ‘I don’t want to waste your time or mine, so should we set some next steps?’

Third, Steve recommends paying attention to how difficult it is to access the decision maker(s) within the company. If you’re getting the run-around and can’t get access to the person with the ability to say ‘yes’, then you can say ‘no’ to the account much faster.

Fourth, if you’ve qualified this prospect, moved the deal forward and they still say ‘no’, you’ll want to learn why. This is a critical step that makes hearing ‘no’ something that can make you millions of dollars in the future. Too few salespeople, Steve says, take the time to ask why a good prospect isn’t buying from you, and fewer act on what they hear.

Fifth, ask your prospects why they think what you sell may be able to help them? If they don’t have an answer or they’re giving you the wrong answer, this is a faster way to get to ‘no.’

The final step is to ascertain why you said no sooner, which may mean fine-tuning the way you qualify prospects in the future. It may mean ascertaining why someone told you ‘no’ so that you can patch up that part of your sales process so you don’t hear that ‘no’ for that reason ever again.

I – Improvable: To improve this system, Steve says to create checkpoints throughout your sales cycle so that you have mile markers to judge your success. If a prospect makes it all the way through to you issuing a proposal and then backing out of the deal, you’ll know that is the area to improve. If you find yourself saying no a lot in initial outreach because those prospects aren’t every going to be good customers, then you’ll know to improve the way you gather and vet your leads before outreach.

M – Measurable: Measuring how you get to ‘no’ faster and the impact it has on your pipeline means looking at what needs to be done at each step of your sales cycle and ensuring the deals in that stage have those boxes checked.

Not doing that means miscalculating deal close probability and an inability to forecast future sales. If we are checking the boxes, then we know what questions we should be asking at each stage to get to ‘no’ faster so that we can more quickly patch up any gaps that we see appear. Those reasons will be different depending on where the prospect is in the sales cycle, and each of the reasons we hear when a prospect says ‘no’ can reveal an area of opportunity that will ensure prospects don’t slip through that gap ever again.