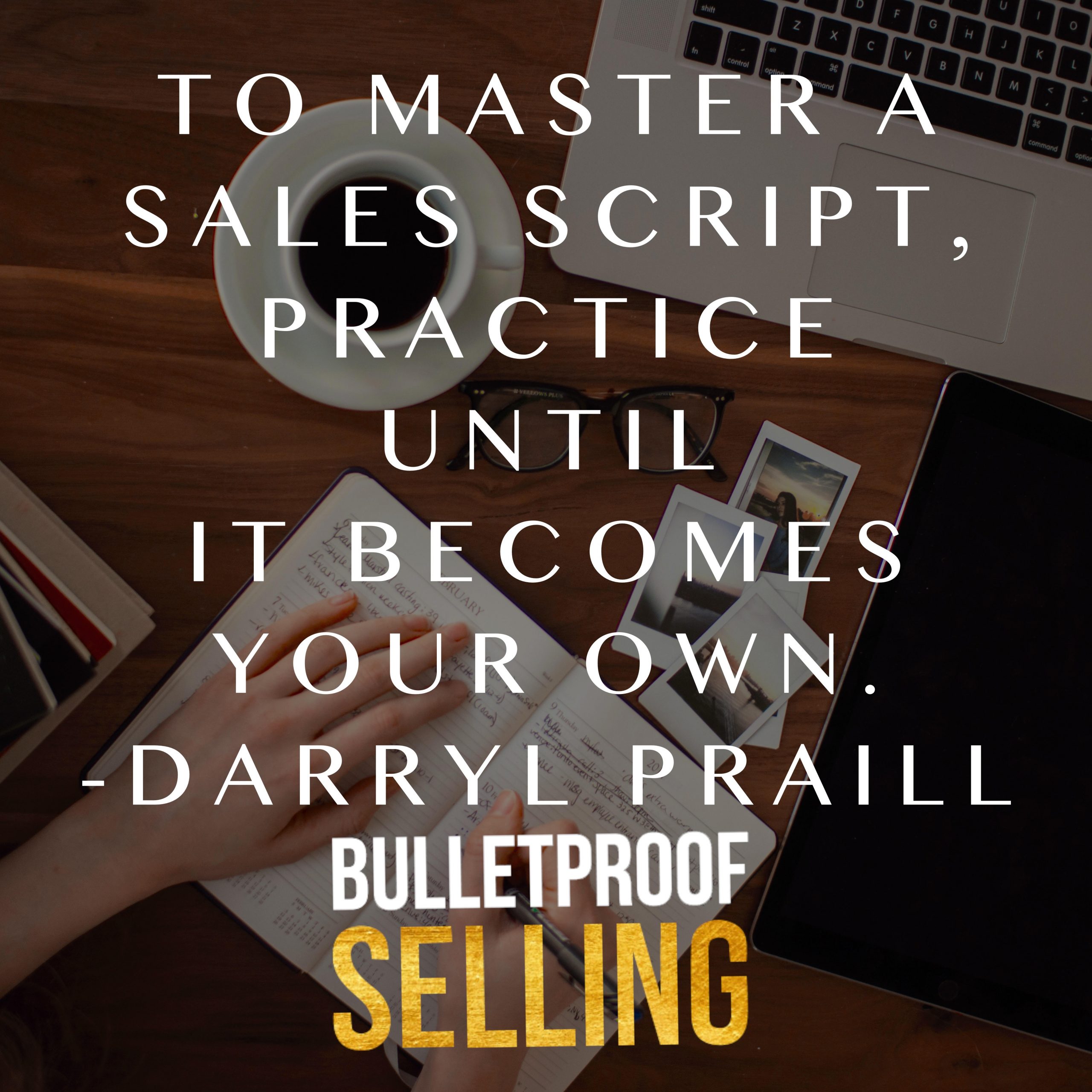 More Sales With Scripts And Templates 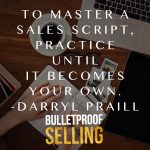 As we interview salespeople around the world, we hear about the need for more prospects, more meetings, more proposals and more sales. What that ultimately comes down to is:

Salespeople know this, but they still sit down every day and re-create every conversation and write each email by hand. Those that don’t are often using a company-provided script, reading each word as they speak it to their prospects, and sending canned emails. One method takes too much time, and the other guarantees they won’t make as many sales as they could.

To solve this problem, we sat down with Darryl Praill, a chief revenue officer whose company works to make salespeople more effective and efficient. He’s a firm believer in templates and scripts – when they’re Bulletproof.

T – Trigger: Darryl recommends starting the process of script and template building by first asking key stakeholders to write down who an ideal customer is.  You’ll notice that the answers are very different from one another – and that’s why your scripts haven’t been working as well as they could. To trigger the development of a script that everyone will actually use, Darryl says we have to have consensus among the team.

Once consensus is achieved and a target customer profile is defined, ask the stakeholders what triggers this customer is dealing with (and keep in mind it likely won’t be big picture, but rather will be the minutia that consumes their everyday lives). Of course, current customers are a great source of intelligence for this kind of information as we can easily ask them, ‘Before working with us, what things were taking up a lot of your time and resources?’

From that exercise, you’ll have a clearer idea of the challenges your prospects are facing and can design scripts that are more likely to drive conversations.

R – Repeatable: To make your templates and scripts repeatable, ensure that the first lines or words address the trigger element you’ve researched about your prospect. Next, ensure your scripts are timing dependent. Darryl says we have 7-12 seconds before our prospect makes a decision whether to continue the conversation or continue reading. Third, get your opening words out quickly and only look for permission to continue the conversation (not make the sale). Finally, have a go/no-go point where you deliver a call to action of continuing the conversation to qualify them further or hear a ‘no’ so that you can make more calls and send emails to other prospects.

I – Improvable: To improve your scripts and templates, Darryl says to be intentional by trying other scripts. Our first impulse will be to offer pushback, but it’s not us who decides if a new script works – rather, it’s our prospects. We should care more about being effective than being right, and the only way to know if our scripts can be improved is if we’re trying new scripts.

M – Measurable: Darryl says salespeople need to measure the effectiveness of their scripts not with pipeline size or close ratios, but rather by the effectiveness of the specific conversion each script is designed to accomplish. This means an intro script should be measured by whether it gets salespeople into a qualifying conversation. A qualified sales meeting script should be measured against whether it reveals budget, buying timeline and other things that might not be able to be learned outside of a meeting with a qualified buyer.

By ensuring we’re building prospect-focused scripts, making their creation repeatable and ensuring they’re holding up against other scripts, we can ensure we’re increasing efficiency and standardizing excellence while continuing to better serve our customers.