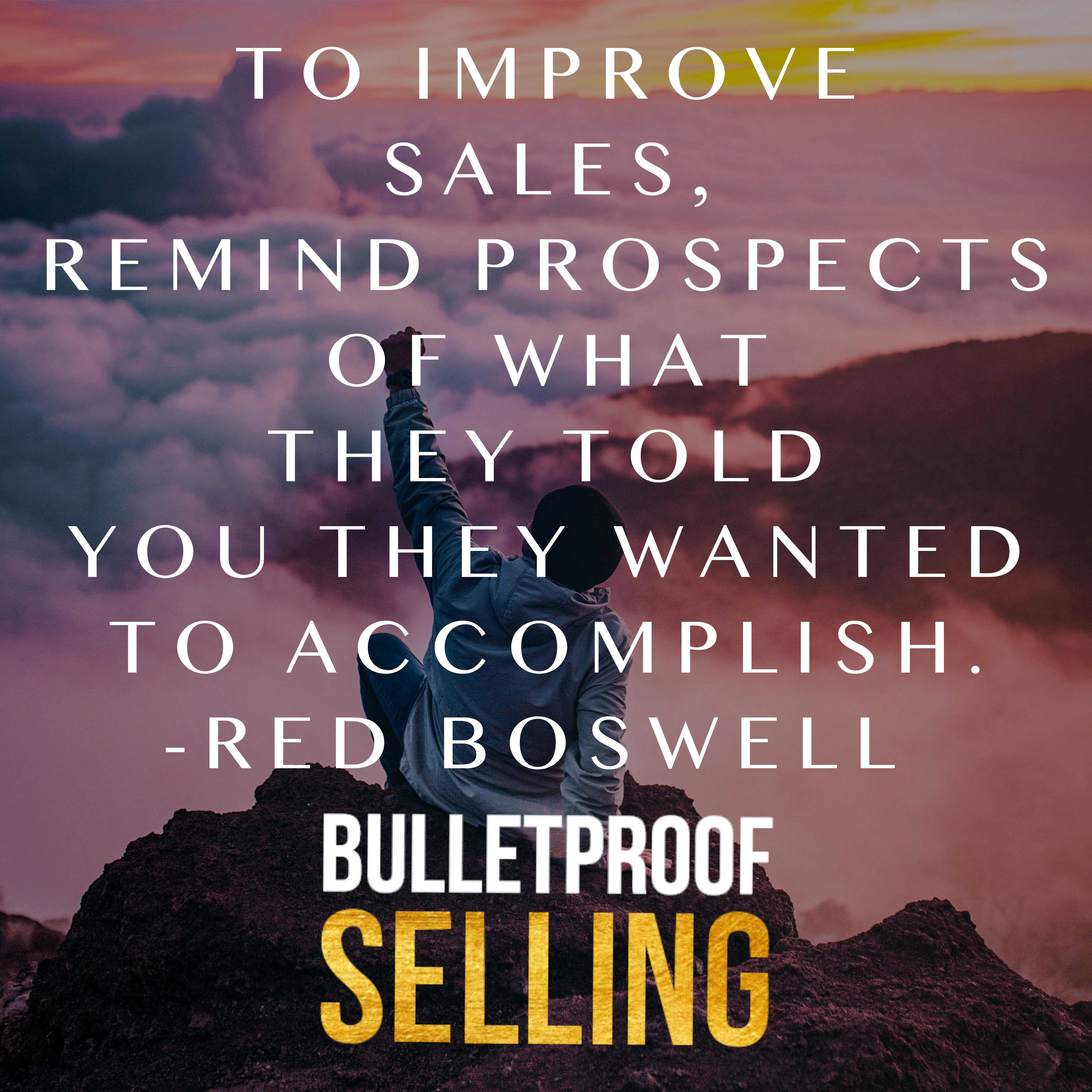 Systemizing The Next Step In Every Sale 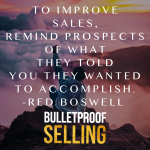 ‘Coffee is for closers.’

The hard-sell philosophy might have worked when folks were selling swampland in Florida, but in lengthy sales cycles or those with multiple decision makers it just doesn’t work.

The alternative is a lengthy sales cycle and that means plenty of opportunity for a stalled sale. To systemize moving prospects through a sales process, it’s better to let prospects be in the driver’s seat. But how do we do that while still maintaining control of the sale?

That’s what we sat down with Red Boswell to learn. He’s in the franchise industry, which is a very consultative and often lengthy process. He advises his sales team to use a very prospect-driven process in moving folks from one stage of the sales process to another in as natural a manner as possible.

Instead of the salesperson saying, ‘Here’s out next step, are you willing to come along?’ they can instead say, ‘You, (Mr/Ms.) Prospect, said you wanted to achieve X by this date. To do that, here’s the next step …’

T – Trim: Red says the triggering event for this system occurs before any conversation happens with a prospect. That involves mapping out the stages of a sales process and what differentiates one from the next – what information does a salesperson need to move a prospect from stage 1 to 2, for instance? Get the name of the decision maker, or a buying window?

R – Repeatable: To systemize moving a prospect to the next step in your sales cycle in each conversation or interaction, Red advises we discover what our prospects are trying to accomplish and by what time. Without knowing that, we’ll be pulling prospects through our next steps rather than helping them navigate the process.

That means salespeople have do something that seems counterintuitive: share what the next step is with your prospect right out of the gate! Remember, we’re often not trying to drive every conversation to a sale because of client buying windows, budgets, etc.

So instead of  driving a prospect into making a buying commitment in our next interaction, we can instead share with them what the very next step of our sales process is at the beginning of our next conversation. That might be booking an appointment for a conversation and product demonstration, confirming a budget range and buying window or perhaps even something as simple as confirming they are actually the decision maker in their organization!

To execute this system, keep the map of your sales cycle in front of you when you’re selling so you know what ‘next step’ you need to share with whichever prospect you’re chatting with.

I – Improvable: Once we’ve mapped out our sales process and what the steps are between one stage and another, Red says a great way to improve is to begin gathering feedback from customers to use as ‘nudges’ to ease future prospects through the steps of your sales cycle.

When using these testimonials in prospect conversations, you can say things like, “When another one of my clients was considering moving to the next step in hiring us, they were concerned with X, Y and Z. Would you say that’s on your mind as well? Here’s what they shared with us that they wanted others to know …”

M – Measurable: To measure the effectiveness of a system that guides prospects through the next step of the sale in each conversation, Red says to measure not just the amount of leads you have, but the amount of movement you/your salespeople create within their pipelines. Is the way you’re establishing next steps in your conversations leading your prospects to take you up on your offer to move deeper into your sales process?

Red says it’s great to track this for the team as a whole and also from individual salespeople. If one salesperson is creating a lot of movement where other salespeople are struggling, it’s worth asking them to share how they’re getting it done and sharing that with the team.